Lately I’ve been obsessed with basketball. During my youth basketball consumed my life. It was one of the first passions I ever had. I loved it so much and I was so focused on becoming the best basketball player I could be. Not only did I love to play I also loved to watch. As a Chicagoan Jordan made them game easy to love, but for anyone going against the Bulls (like the Knicks) Jordan was easy to hate.
As I’ve aged and my passions shifted to music I’ve had times where I didn’t really watch basketball at all. The attention I give the game now ebbs and flows. One thing that has recently fascinated me is how we glorify and vilify these players. What makes someone a hero in your eyes might make them a villain in mine.

Take Kobe and Lebron for example. People just hated Kobe for the MJ comparisons, they hated him because he’s a Laker, they hated him cause him winning means you’re team was losing. 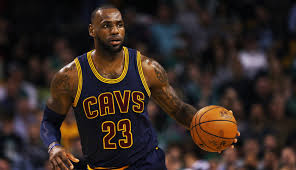 Lebron has similar traits except some people hate his constant movement. “The Decision” was a great day for Miami. It made Lebron a hero. In Cleveland? Not so much. They hated him and burned his jerseys. Still, when he decided to return to Cleveland he was accepted with open arms and a parade.
The latest track of my Nine For Nine was inspired by the idea of the Liberating Hoop Villain. The player usually liberates themselves. They are now millionaires and one of the best technicians in their craft. They are now a hero with an entire city proud and cheering them on with dreams of many years of success. But for fans of other teams they are villains. A star player standing in the way of their teams glory.
So this song is dedicated to the Liberating Hoop Villain. May success in their profession lead to financial stability and championships. Hopefully they will understand that by being glorified by some means they will be vilified by others.